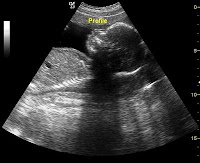 Spending a quiet New Year's Eve sequestered at home, getting crazy with the digital storage opportunities, publishing podcasts and making lists. Jason and Kim came over and we played games and listened to the top 30. They approved. So did Bekah and our as-yet-unborn son. In some ways, when I look at this list, I realize that I mostly liked white indie rock and Americana music in 2008. But after all, I am getting older and less adventurous...

I have a really great post brewing but you can't rush the definitive New Year statement, so stay tuned for that. It's cold for Fresno out there tonight.

1. Sequestered in Memphis by The Hold Steady from Stay Positive
2. Skinny Love by Bon Iver from For Emma, Forever Ago
3. Video Tapez feat. Del The Funky Homosapien by AmpLive from RainyDayz Remixes
4. Gobbledigook by Sigur Ros from med sud
5. Un-Named by Leona Naess from Thirteens
6. American Dirt by Matthew Ryan from Matthew Ryan Vs. The Silver State
7. Weightless by Nada Surf from Lucky
8. Grapevine Fires by Death Cab for Cutie from Narrow Stairs
9. Got Friends by The Jealous Sound from Got Friends ep
10. Magick by Ryan Adams and the Cardinals from Cardinology
11. Gillian Was a Horse by Damien Jurado from Caught in the Trees
12. 14 Forever by Stars from Sad Robot
13. Centennial by Tokyo Police Club
14. Kids by MGMT from Oracular Spectacular
15. High Lonsome by The Gaslight Anthem from The '59 Sound
16. Antique Bull by Brendan Canning from Something for All of Us
17. Closer by Jars of Clay (single)
18. 42 by Coldplay from Viva La Vida
19. Open Bar Reception by Jimmy Eat World from limited edition Chase This Light
20. The World We Live In by The Killers from Day and Age
21. Red Star by Third Eye Blind (ep)
22. Confidence Man by Matt Pryor from Confidence Man
23. It's a New Day by will.i.am (single)
24. Cobwebs by Ryan Adams and the Cardinals from Cardinology
25. Temporary People by Joseph Arthur and The Lonely Astronauts from Temporary People
26. I'm Not Gonna Teach Your Boyfriend How to Dance With You by Black Kids from Partie Traumatic
27. The Captive Mind by The Helio Sequence from Keep Your Eyes Ahead
28. Motel in Memphis by Old Crow Medicine Show from Tennessee Pusher
29. The Tears and Music of Love by Deerhoof from Offend Maggie
30. Furr by Blitzen Trapper from Furr
Posted by Ryan Townsend at 7:18 PM 2 comments:

From the moment I heard Bon Iver's gorgeous, glimmering monument to winter and love lost, For Emma, Forever Ago, I knew Justin Vernon had me at hello. Picking my top albums this year wasn't as difficult as some years past, somewhat curiously. Maybe because I'm getting older and more nostalgic, it seems like some artists are nearly automatic when they release a record (or as Jarred put it Paul Westerberg could poop in a bag and you'd love it, however the joke's on you my friend because Paul did release a single-track 43 minute digital album called 49 which, while awesome of course, did not make the top 20) like The Hold Steady, Ryan Adams, Leona Naess, Damien Jurado and Matt Pryor. All those records are great but still not as great as Sigur Ros' sunny, glacial-defying breakthrough, Med sud I eyrum vid spilum endalaust. In fact, the hardest choice was whether or not to include Coldplay in the top ten or second-ten. I really did want to place Viva La Vida that high due to it bringing mildy risky and mostly totally brillaint to the mainstream, but I couldn't bring myself to place both The Killers and Coldplay in the top ten. So, even though I am currently wearing out Day and Age, Brandon Flowers had to end up below the fold. So, here it is, call me old and cranky but I very rarely buy singles.

Ten others worth mentioning.

Deerhoof :: Offend Maggie
Hammock :: Maybe They Will Sing For Us Tomorrow
The Killers :: Day and Age
Damien Jurado :: Caught In The Trees
Army Navy :: s/t
Brendan Canning :: Something For All of Us
Nada Surf :: Lucky
The Listening :: Transmission 1
Starflyer 59 :: Dial M
Joseph Arthur and the Lonely Astronauts :: Temporary People
Posted by Ryan Townsend at 10:06 PM 2 comments:

A Message from Congressman Radanovich

Thank you for contacting me regarding United States foreign assistance. It is a pleasure to hear from you on this important issue.

H.Res 1268 calls for the modernization of United States foreign aid practices to effectively meet 21st century global challenges, such as terrorism, poverty, pandemic disease, energy security, failed or failing states, food insecurity, a lack of or slow economic growth, and population and migration issues. Foreign aid is a primary means for America to bolster our own national security as we mitigate threats by strengthening democratic states around the world and protect the dignity and inalienable rights of the individual.

I share in your concerns that the United States must recognize its importance in the global community. Poverty and hunger are the terrible effects of both natural and man-made disasters, and we should act responsibly in response to them. However, providing foreign aid is not limited to simply funneling money into different projects and organizations. Many citizens in developing countries struggle with poverty and hunger due to the corruption of their governments or the lack of infrastructure to support aid programs to their nation.

We must be certain that all development assistance is protected by institutional safeguards to make sure that funds go to nations that are actively working to improve the social welfare of their citizens, are supporting open markets and economic growth, and are not controlled by corrupt government officials. We must be certain that the aid we provide is going to line the stomachs of the hungry and not the pocketbooks of the corrupt and powerful.

An important aspect of foreign aid concerns the protection of Children and vulnerable populations during international crises and conflicts. During times of natural disasters and military operations, civilians are regrettably but inescapably victims of the tumultuous times. Even the most careful military operation can result in the accidental harm to civilian livelihood. The United States, other nations, and many international organizations are vigilant in their protection of the vulnerable, and provide humanitarian aid and rehabilitation when possible.

H.Res. 1268 awaited action in the House Committee on Foreign Affairs until the end of the 110th Congress. Rest assured, if I have the opportunity to vote on related legislation in the 111th Congress, I will keep your concerns in mind.

Finally, I encourage you to visit my website at www.radanovich.house.gov to get the most current information on my work in Congress. Once again, thank you for contacting me. Please keep in touch.

It kind of seems like Radanovich is talking around the issues a wee bit here but at least he sent me a computer generated response.
Posted by Ryan Townsend at 4:04 PM No comments:

tuesday's rubies in the rubble

today was long. earlier on the way to buy 75 earplugs at guitar center, we got in an accident. not serious, but serious enough to leave a crack in the front of our plastic car. on the way home from back to back rehearsals, my toyota broke down a half mile from my house and I pushed it home. i think it's the alternator.

in other news, the film love song for bobby long is not very entertaining. here's a video from the overdubs show at full circle brew co.

Posted by Ryan Townsend at 10:37 PM No comments:

Tonight, a couple of us participated in a Broken Bread Poverty meal for World AIDS Day, we fasted during the day and ate the corn/soy porridge blend dropped by the
UN during emergency situations. I was struck once again, by the scope of the global pandemic and by the generally tepid response from those of us in America. Granted, we generally tend to rely on celebrities and corporations for our information and advocacy. Sometimes these campaigns turn into enduring and effective organizations, see ONE, the campaign to make poverty history. Sometimes these campaigns are less than effective, see the RED campaign which seems to exist to make multi-national corporations look responsible. (Although, to be fair RED Wire music looks pretty cool)

Regardless of what the rich and famous do, it is time for those of us average Americans to do more and that's what's so encouraging about Acting on AIDS, a grassroots organization that began with college students in Seattle and eventually became an off shoot of World Vision. I had the opportunity to meet James Pedrick, from the national team for Acting on AIDS. Pedrick has recently relocated to Washington DC. When I met him last year at the Global Summit on AIDS, shortly before Mrs. Clinton's speech, I was very impressed not only with his grasp of the issues (to be expected for an expert in the field) but also with his thoughtful, philosophically sound approach to AIDS advocacy in post-modern youth culture. Engaging young adults will take more than a facebook page or a targeted campaign (see the RED product line) Also, kudos to World Vision, for having the flexibility to take in AOA without taking it over and saddling them with a bunch of fund raising goals.

Below is some text from the Advocacy Petition, which you should consider signing if you are a human being.

Considered the greatest humanitarian disaster of our time, the AIDS crisis is leaving a generation of children in jeopardy. In 2006 alone, AIDS killed an estimated 380,000 children under the age of 15. By 2010, there will be 15.7 million children orphaned by AIDS in sub-Saharan Africa and 20.2 million children orphaned by the disease globally. AIDS destabilizes families and entire societies, leaving children without the care and support necessary to survive, grow and thrive.

In order to continue exercising leadership on this issue, the United States must:

>> Fully fund the Presidents Emergency Plan for AIDS Relief over the next five years by providing at least $7 billion in fiscal year 2009;

>> Commit to setting aside 10 percent of AIDS funding for orphans and vulnerable children;

>> Given the deadly synergy between HIV and AIDS and malaria, fulfill the commitment to providing $48 billion over the next five years HIV and AIDS, malaria and other diseases.

America has become a strong leader in the fight against HIV and AIDS. I, along with World Vision, ask that Congress continue to increase the U.S. contribution to the global AIDS fight and ensure that AIDS-affected children are not forgotten.