Earlier this week, I had the opportunity to grill steaks over charcoal in -5 degree weather. It was challenging and fun because it was so out of the ordinary for me, even though it was quite uncomfortable at times. We cooked steaks imported from two countries. The Argentine rib eyes were superior to the Irish rib eyes, most of us agreed. Except for Darlene, my mother-in-law, who only sampled the Irish beef and thought it delicious. And it was delicious, just not quite as good according to those of us who experienced a comparative choice.

Which brings me to the subject of year-end lists. If you are anything like me, you love to rank and debate and get rankled over the Hype Machine and Pitchfork and Last.fm and Emusic's critically weighted/subjective/user data-based lists. But the reality is: Good Music is Good Music. Since it's impossible to hear every single record released in 2009, even in this day and age, ranking the best albums is an abitrary excercise at best. In my experience, recently obtained records that you listen to on Christmas vacation (Matt and Kim's Grand) tend to be ranked artifically high while other albums that you have already played a million times (Wilco The Album) slide down the list.

All things considered, I've decided to list my top ten albums in alphabetical order this year. Great Albums have a general way of appearing on everyone's lists somewhere, whether they are tenth or first. And Good Music is good music, depending on what you've sampled, and the Irish steaks really were quite excellent, if you ask me.

OK and just to nullify everything I just wrote, I must come out and say that my favorite album of 2009 is ... no surprises: PHOENIX.


Posted by Ryan Townsend at 2:57 PM No comments:

Hello everyone, it's been all Storm of The Century around here during the last week and so I've been sleeping in my jeans and wearing long johns and things of that nature. Speaking of sleeping in my clothes, I have a theory that it might be the missing ingredient in rediscovering my creativity. I am hoping to return home with two new songs completed for our upcoming The Overdubs reunion concert.

Two days ago, it was really icy and one car crashed into the light pole in front of the canal outside of Jim and Dar's 106-year-old house, causing it to fall over. Less than two hours later, another car ran off the road and due to the absence of said light pole, crashed into the canal...made me glad I don't have to drive here. Biking in the slush and snow is dangerous enough. 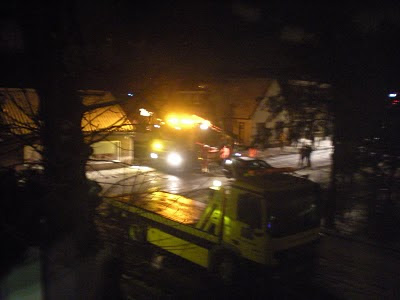 A blurry picture shot through the second story window up here where we sleep.

The rescue taking place (disclaimer, it was warmer inside than out but some of us went outside to make sure no one needed help).

Top albums of the year post coming and Decade in Review also....
Posted by Ryan Townsend at 1:46 AM No comments:

It's been storming here in Fresno for five days; maybe not the longest storm on history but the longest in my memory...

As our family prepares to head off to Amsterdam for Christmas, I figure now is a good time to look back on some 2009 highlights. It's been an eventful and wonderful year, poor for volume on the blog but rich in meaningful experiences from the birth of my son Micah (more on that later) to our adventures in Missouri to our experiences with ONE.

One of the coolest and most rewarding highlights was the U2 show at the Rose Bowl. Possibly the largest worldwide streaming event in the history of mankind, Tim, Bekah and I had the privilege of roaming the tailgate areas and parking lots, signing up people for ONE's declaration to end extreme poverty.

That night, our team of volunteers signed up over 3,000 people, which is incredible. The show itself was quite good as well, though, we were a little too tired to really get crazy. Having been to each, I also would say that overall, I tend to go for stripped down Elevation-era U2 over massive spectacle Claw U2. But what's most impressive is the way the band managed to connect emotionally with nearly 100,000 people using (in spite of?) all of the excesses of the moment. Nothing I can write captures it quite like this clip I shot on the Nikon Cool Pix. You can see what an incredible vantage point we had from the inner circle.

The day was memorable for a couple other reasons. I had never heard the songs "Boom Boom Pow" and "Gotta Feeling" until the Black Eyed Peas played them live. I also saw a lot of celebrities milling around due to the fact that there isn't a proper backstage area at the 360 tour, just an area where the general admissioners mix it up with the ONE campaigners and the VIPS. (unless they just hang out in the friends and family tent or RED zone) Best Celebrity sighting? None other than Mr. David Ruis. His recent work in LA and lifetime commitment to the homeless and the oppressed are a true inspiration.

Also the picture of Tim is just before he almost got in a fight with a guy who was upset about our late arrival to the near-stage area... 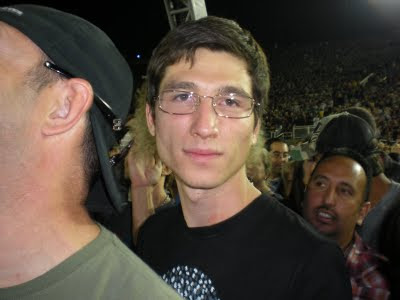 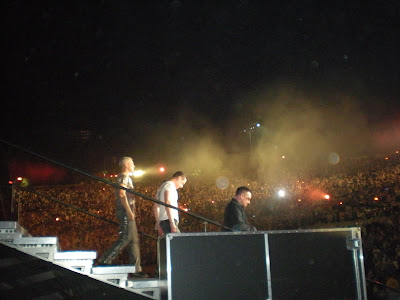 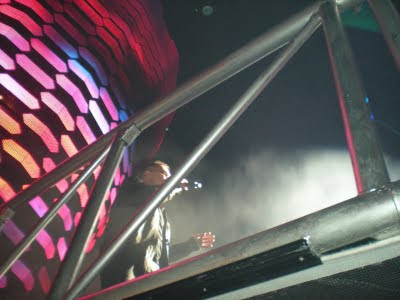 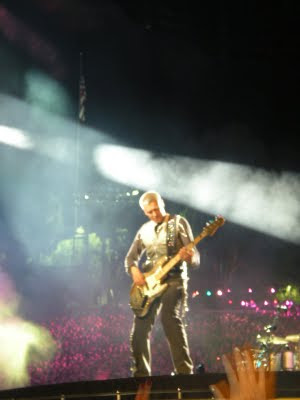 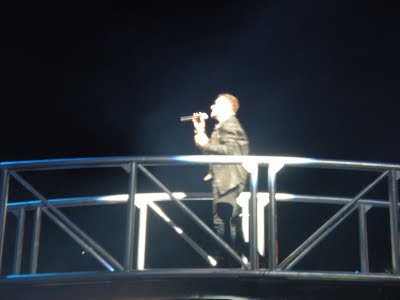 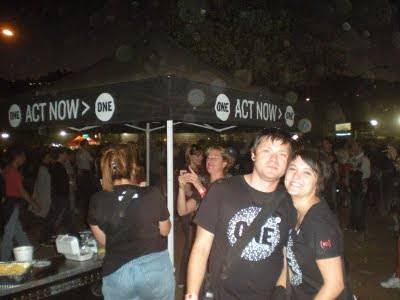 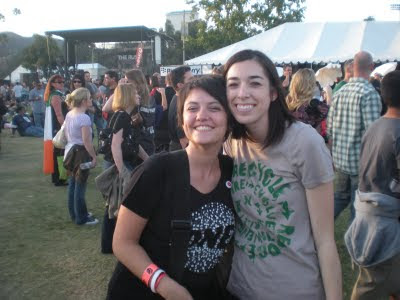 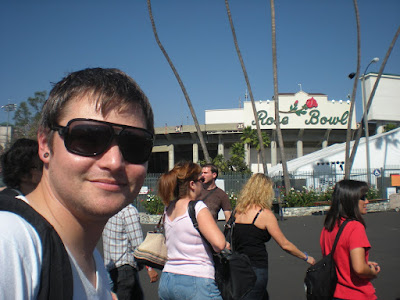 Posted by Ryan Townsend at 9:45 AM No comments: